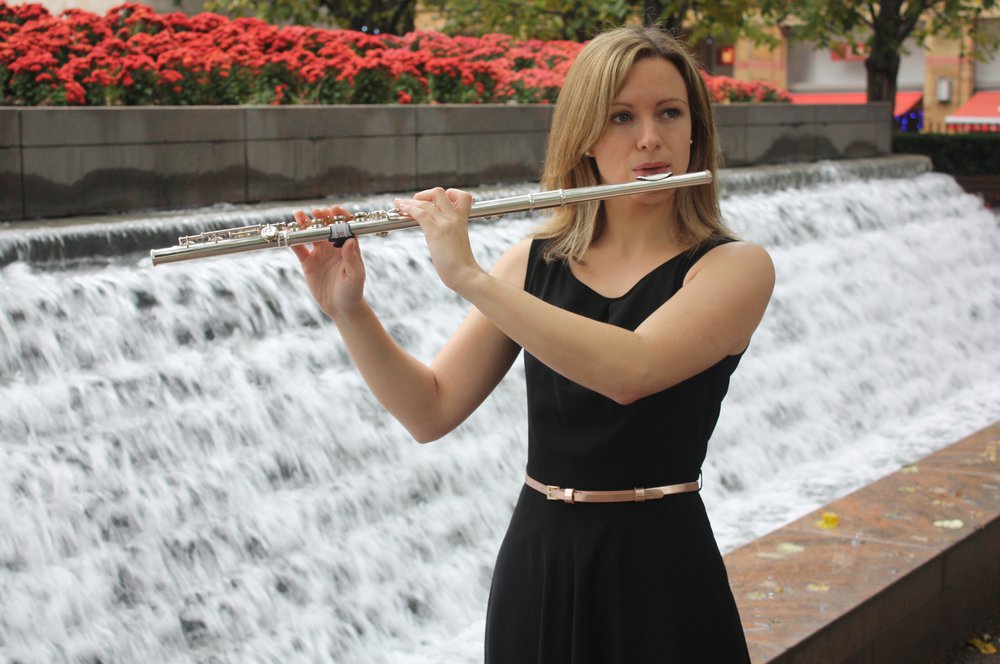 Lucy Driver is a London-based freelance flautist.  Lucy is an accomplished and versatile musician, and performs in a variety of contexts including classical recitals, orchestral projects, chamber music, shows and musicals and also session work.  Lucy studied at the Royal Scottish Academy of Music and Drama with Richard Blake where she was awarded BMus(hons).  She then won a place to study at the prestigious Guildhall School of Music and Drama in London on the Guildhall Artist Masters Course, from which she graduated with Distinction.  Lucy studied flute and piccolo with Sarah Newbold, Ian Clarke, Philippa Davies and Sharon Williams.

Lucy has performed in many venues of note, including the Barbican Concert Hall, The Wigmore Hall, Cadogan Hall, LSO St Luke's, Bolivar Hall, Southwark Cathedral, The Forge and St John's Smith Square.  She has been featured in many music festivals and concert series both around the UK and internationally.

Lucy is passionate about chamber music and her current projects include duos with guitar, harp and piano, and Flute Trio.  Lucy was a selected artist for 'Musica als Parcs 2013' Concert Series in Barcelona, alongside guitarist Maria Camahort.  The Duo also recently won 'Pro Musicis International Award 2013'  at the Paris Conservatoire, and will be featured in major concert halls around France over the next few seasons.